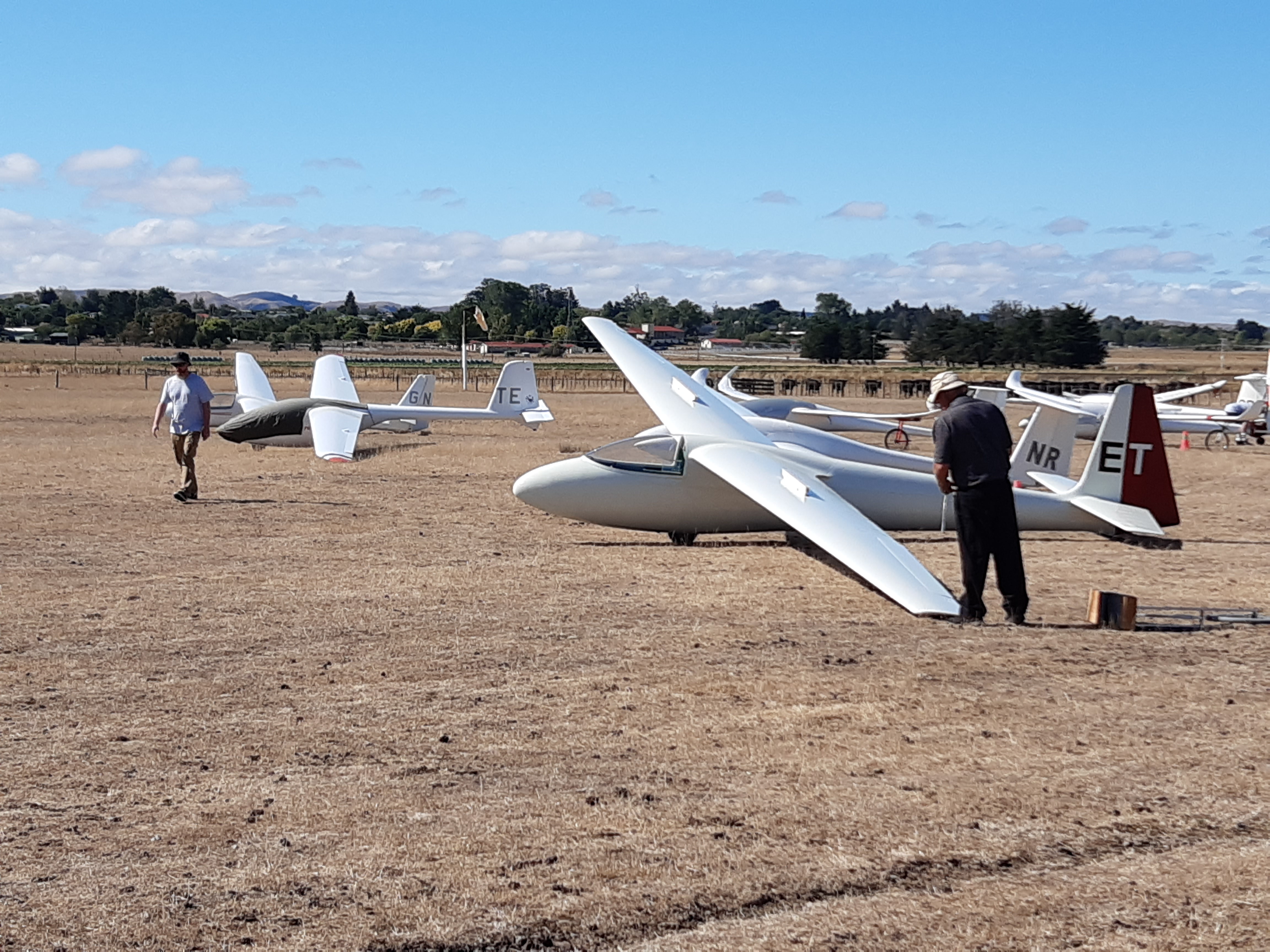 The grid at Waipukurau

February 2nd was a training day more than anything.  Flights for Julie Langford, Caleb Finer, Jim Finer and Dylan Miller.  Peter Miller was kindly taken for a flight by John Tullett.  Lift was elusive though Caleb and Dennis Green did well.  Peter Williams and John Tullett sharing instructor duties.

February 14th was the next flying day.  An hour for Clinton Steele and a couple for Tim Hardwick Smith.  Father and son Tulletts took the Janus away for an hour and thirty minutes. Dennis Green away about thirty minutes.  Jim Finer on towing duties.

Back again on the 15th.  A trial flight began the day, a check flight for John Carter a re-solo flight then another, showing he hadn’t lost his touch.  Well done John.  Peter Willliams and Dennis Green had a search for thermals but to no avail.  And that was that for the month.

But wait, there’s more…. A squad made their way down to Waipukurau for the Central District competition.  Peter Cook flying the Taupo flag in the Racing Class while John Tullett, Clinton Steele and Dennis Green flying the Taranaki Standard in the Sports Class.  Peter Cook came seventh in the Racing Class having arrived a day late.  In the Sports Class it was a second place for Clinton, John came third and Dennis fourth.  All would have learned heaps I would think.

Earlier, Peter Cook and Glyn Jackson had been to the Nationals at Taupo.

Peter Cook, in ninth place had finished second on one day.  Glyn Jackson had to return home early, was in eleventh place.

I think the the number of our pilots competing in these contests will be the highest for many years.

Not to be outdone, Les Sharp had taken himself and his glider off down to Greytown to enjoy some flying there.

I think I may have caught up on these notes, but the CFI’s notes for February advise that glider pilots should confer with the tow-pilot before the tow happens and thus scaring the daylights out of the hapless tow-pilot.

The club D4 bulldozer lent to Conroc – a road metal quarry firm – on the basis of three hours of D4 time for one hour of their TD15 time.  The TD15 would beused to complete airfield earthworks.

Club members asked not to come to club working bees empty-handed.  Any useful material or items most welcome.