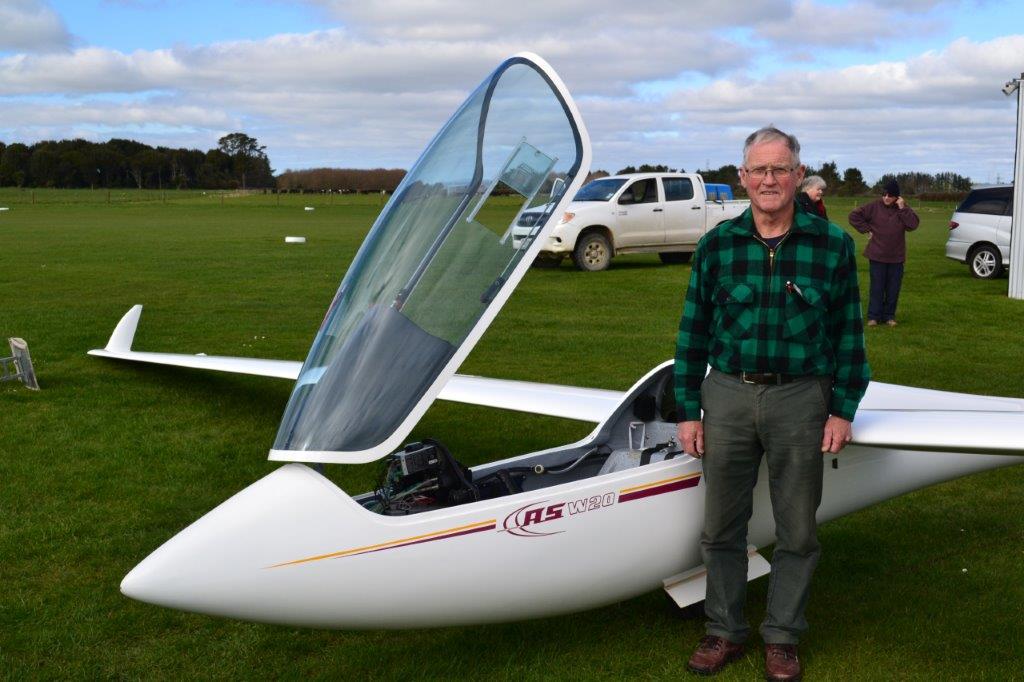 Well , we've got right through to now and I’ve remembered that I should have been writing some Recent News-es to describe the multifarious activities that have taken place during the intervening period. Probably the main event was the sojourn of Mike Strathern at Stratford as he attended to the annuals of the club fleet and the P/O gliders. Compared to last year, things were a bit more straightforward which was reflected in the overall cost Not sure whether Mike had to go to Lithuania to recover, or to help the young pilots competing there. His work here was aided by various club members, but in particular Tim Hardwick-Smith who toiled mightily away at various tasks.

The Months that were:

So that is how our 2017 season wound up, still with soaring flights.

July 30th:      Just when we might have given up on July as being of any value ,there was some flying. Four flights for TE with Peter Williams achieving thirty minutes and Les Sharp with his newly acquired ASW20 having two forty minute flights. Honour restored, with the first real soaring flights for the year made by Les Sharp and Peter Williams.

At this point we should note the passing of Monty Miller who was a regular tow -pilot during the busy German Hill days, flying in particular the Auster BDW. By happy contrast, Andrew Berry has re-affirmed his intention of towing during the 2018 year.

Some plans for this year are being considered, one of the more ambitious being taking the Janus down to Omarama and grabbing as much flying as possible. An interesting address and demonstration was given at the July meeting of the Oakura Probus Club by a young man of his involvement with making and flying drones. It was one of the most competent expositions I have ever seen and the audience was thrilled and elated by the skill of presentation by the sixteen year old. Essentially it was watching the future unfold using technology extended on which they themselves have witnessed being invented and developed. .

Les describes his ASW20 flights:          I took a 2500 tow to cloud-base on the first flight as I wanted to try some spinning, the first attempt only resulted in an incipient spin, however, on the second attempt I gave it a bit of prompting, and yes, as Mike Strathern had advised it flicked quite quickly into a fully developed spin. Having lost quite a bit of height I started looking for lift and found the power station thermal, managed to climb to 3200 but couldn't get any better than that so eventually went for a bit of a tiki-tour to Midhurst where a Maroon Stinson came sniffing around. There wasn't any significant lift anywhere there and I even flew over the power station as I was joining on the non-traffic side. That was 43 minutes worth.

"Not enough" I said when the ground crew arrived, so again I towed to the area east of the field and although a convergence had been predicted, there was too big an overcast area for much to happen, so it was back to climbing in the power station thermal, or the result of it as it drifted downwind. I was seriously challenged by Peter Williams in TE, but managed to outlast his effort by a few minutes. Another 42 minutes on a cold mid-winter day. A big thanks goes to those who helped with rigging and helping get VW in the Hangar.

Flying Stats for the year were -

Rod Smith given a backseat rating in the Blaniks - anything to keep him out of the Astir!!  A grant from PetroCorp to put culverts in the N/S runway. Too wet to dig the trenches! 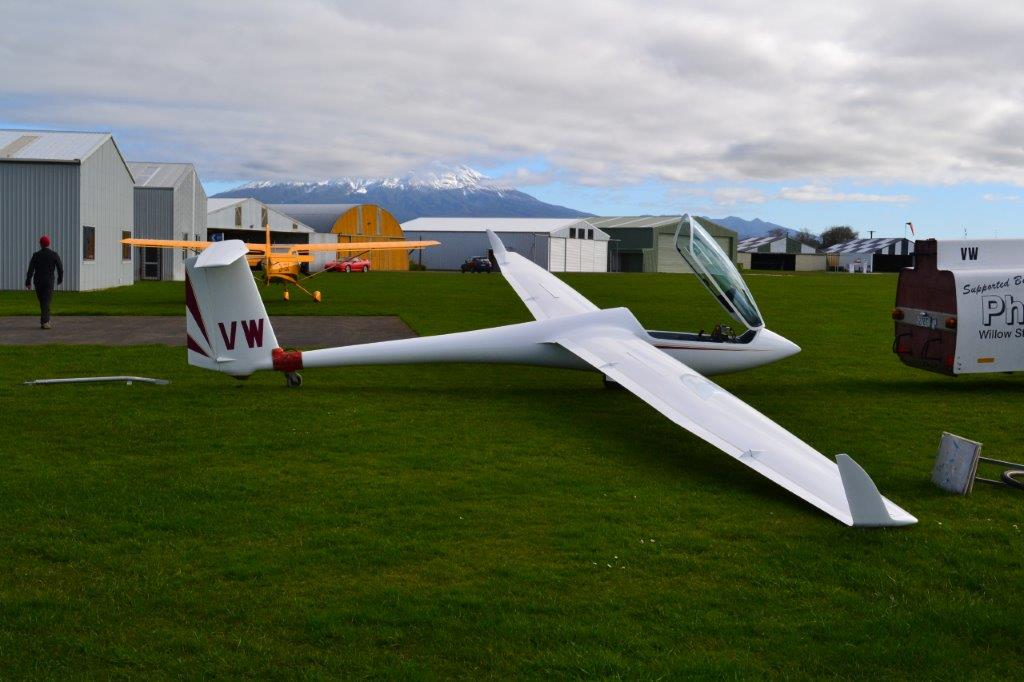 Awaiting the dual-check inspection.  Perhaps he should change his car rego. 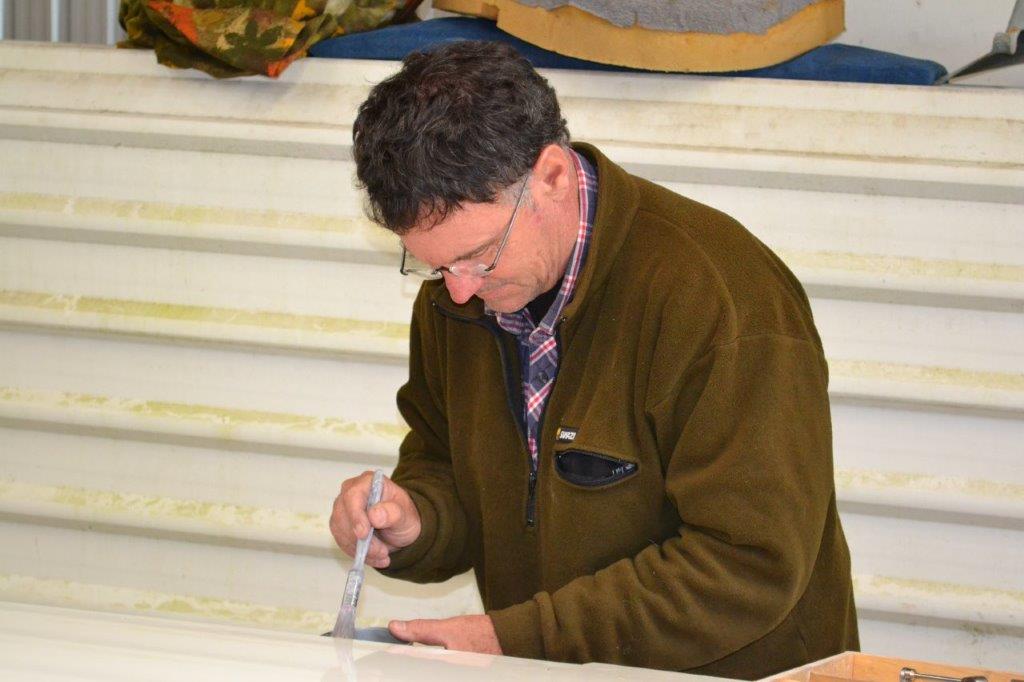 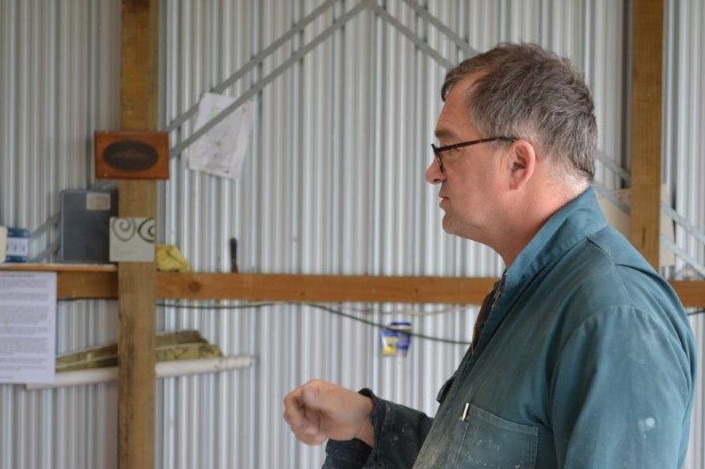 Mike Strathern ponders his next move

And lastly - some recent endeavours on a non-gliding day saw work related to the Flarm units happily purchased with a NZ Community Trust  grant that we just happened to get.