Four flights for the 7th. Tim & the Discus had another good flight. Up to the mountain, across to the Visitor Centre and then out to Mangamingi and round-about. Two flights for Dennis Green & Glyn. One just over the hour and then a second of 23minutes. Will Hopkirk, spurred on perhaps by Sam Tullett’s earlier flights, trundled out to the bushline, down to Ngaere and around the town. Did an hour thirty minutes. Tim topped out at 4500ftfor the best height for the day. Total flying time for all gliders was 5hrs and 30 minutes.

The 15th was a different day. Les Sharp having himself a check flight with Peter Williams, then going on to take three trial flighters for flights. One of them had, I believe, previous flying experience in England. John Tullett fled the scene in his K7 and stayed away for two hours twenty-seven minutes. Six flights for the day and a total of six hours and thirty-five minutes.

Only one flight for the 22nd but a choice one for Steve Barham in that he took to the skies in his Nimbus 2. Been a long time but the rabbit flies again! Thirty minutes and just the one flight for the day. Jim Finer on towing duties for all three days I believe. Well done Steve!

There may be another day to add but the days recounted so far have added up to be a lot of flying with the Discus having done a lot of them and the PW5 adding a valiant contribution too. All encouraging when a ten minute flight off the winch made for joy all around. Still does, for that matter! 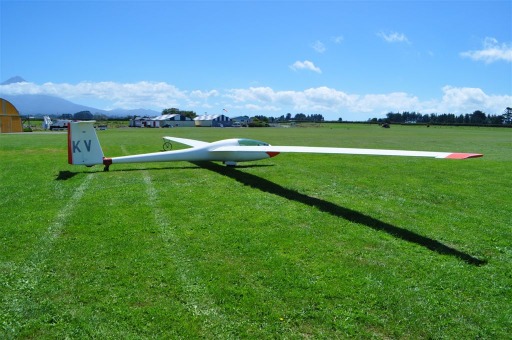