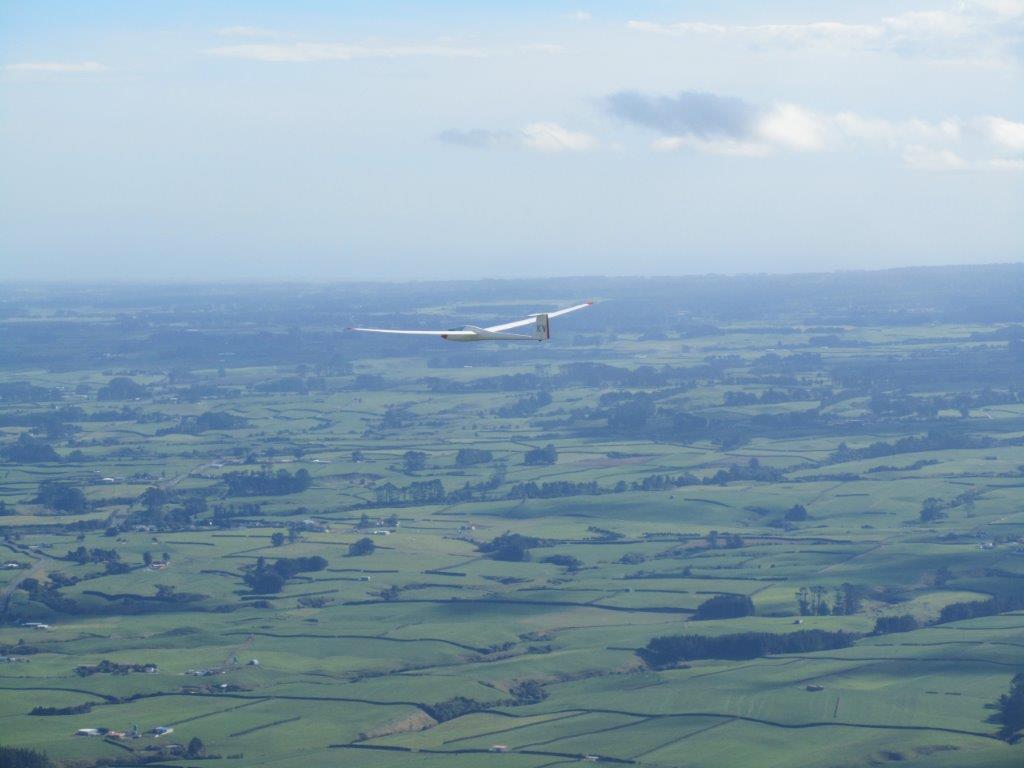 Steve Barham in the Nimbus KV during March 2011.

Just three flights for the privately owned gliders on Saturday.  Just over the hour for Tim, nearly twenty minutes for John in his K6 and a flight for Les sharp in Steve Barham's Nimbus which lasted nearly fifty minutes.

"Succeeded in flying KV solo and Steve approved of the landing for which there was quite a crosswind.

I thought that the duration might have been the same as my first flight in NG, but that was only 40 minutes on 27th May 1984, so it might be suggested that my abilities have improved by 10%. Not likely that I am likely to come to anyone’s attention as a record setter. May fare better than my attempts at marathon running where I once did a calculation to the effect that if I ran a couple a year and could improved my time by a minute per event, then I would now be close to holding the World record. At that stage I had done two in a year, but because my knee played up there weren’t any more."  (Gliding is a much more sensible pursuit.  Ed.)

Though it was a scruffy day it probably was of more value than a booming day in that pilots had to work harder.  Pity there weren't more people flying.

Glyn Jackson enjoyed his time a Omarama and would have seen a lot of rough country.  And Tim reports an interesting trip up the coast in TGC.  Steady lift north of Tongaporutu up to the gas pumping station.

This newsletter would have been out earlier but for computer/internet problems.