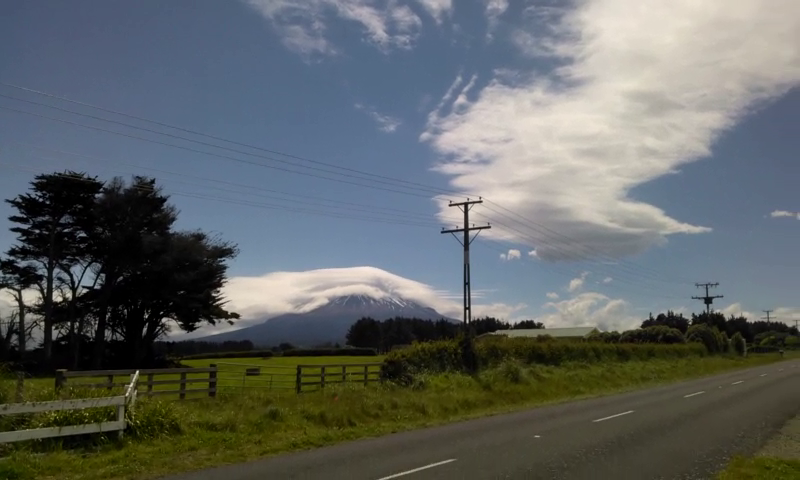 The above photo taken today  ( October 28th)  by Peter Williams from nearby Kaponga.  He said it was a nice sunny day with a NW of about ten knots.  Signs of rotor west of Eltham. This sort of thing is just too good to be missed.  All clagged in around New Plymouth with cloud cover at about 2000ft.

The flying drought broken by an active day at Stratford.  Some soft spots in the runway but fly we did.  A couple of stories about the day.  Saves me having to make things up and tell honest lies.

Yet another Pensioner’s tale:

Weather predictions for Sunday 23 October were spot on, with blue thermals and a convergence forming early afternoon. Initially it looked doubtful as high cirrus was beginning to creep in from the west and it was thought that thermals would be scarce.

After the crew extracted, washed and D/I’d the three Club gliders, they were all positioned at the launch point on runway 09 before 11 am, ready for action and training.

My first launch in the PW5 found zero sink and a few bubbles which could not be persuaded to keep us climbing through 360 deg, it was after all only 10 am summer time, and it was inevitable a short flight was in the offing. At least I was current again.

The second flight was somewhat different as there appeared to be blue thermals about over Stratford where Dougal and Steve had managed about a half an hour each previously in TE.        Towed over the township, released into moderate lift and climbed to 4,000 ft AMSL  and there to my amazement only a ½ mile away to the south was a line of low level Cu’s. By the time I reached them they had grown somewhat, become well defined and their tops had risen to above my height. The convergence had arrived with great gusto.

I was aware that there would be others following in my foot steps and sure enough Peter, in YT appeared out of nowhere heading towards me just a little lower. Now it was time to become more vigilant when transiting the nooks and crannies of the cloud’s north faces.

Straight and level flight mostly in lift from west of Stratford to just short of Toko was possible, a real buzz with most of the flight carried out between 3,700 and 4,300 ft. There were isolated towers of cloud which you could circumnavigate and be jolted with 5 kt of lift as you reached the northern sides, but all good things must come to an end, so after a tad over 2 hours of absolute bliss, I found some heavy sinking air on the south side of the convergence, as you do, and duly joined the circuit to land. Looking skyward to the north the systems appeared to be decaying and the temperature on the ground had dropped significantly.

All in all a pleasurable outing, roll on summer.

Now for Peter Cook's take on the day:

Helped celebrate Peter Williams's Wedding Anniversary on Saturday evening so all started Sunday flat and blue then ( I thought he meant the thermals!  Ed.) a weak convergence showed up mid afternoon which the club fleet (all 3) and YT soared with great delights.  Typically Toko to Dawson Falls runs with excellent Mt Egmont viewing but not of each other due to thickening cloud lines.  Some OK thermals in the blue and away from the main line - I even spotted a rail car which was in Taranaki offering trips to enthusiasts.

John got just over hours for his second flight whilst Peter did just under two hours.  A trial flighter got 21 minutes in the Janus and Dennis Green scored an hour and seven minutes over four flights.  Forty-two minutes for Dougal Wickham in two flights plus a jaunt out to Te Wera in the Eurofox checjking out airstrips.  John Tullett had forty-six minutes in the Janus with Tim.  Steve Barham achieved thirty minutes in the PW5.  Quite a busy day.

The weekend of the 29th/30th has been cancelled.  Too wet.

Recent membership changes saw the resignation of JUlie Woods because of family reasons.  And all the travail associated with buiding a new house.

Peter Cook is off to the Central Plateau competitions at Taupo for the next few days.  Here is a link that might help him! 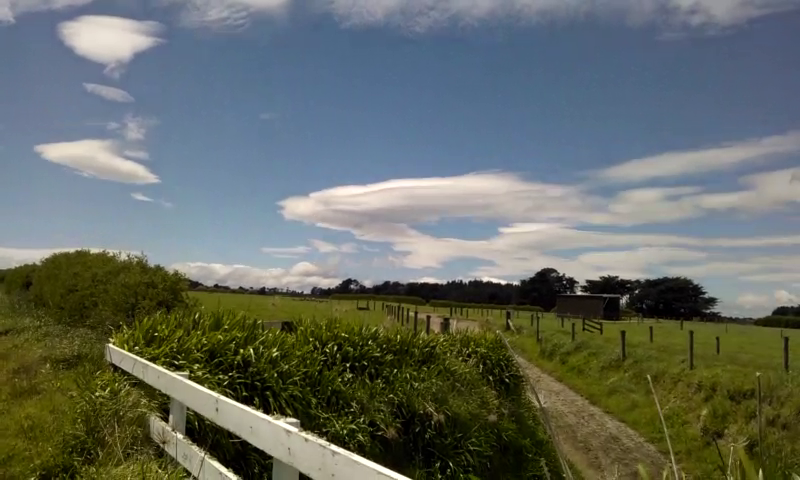