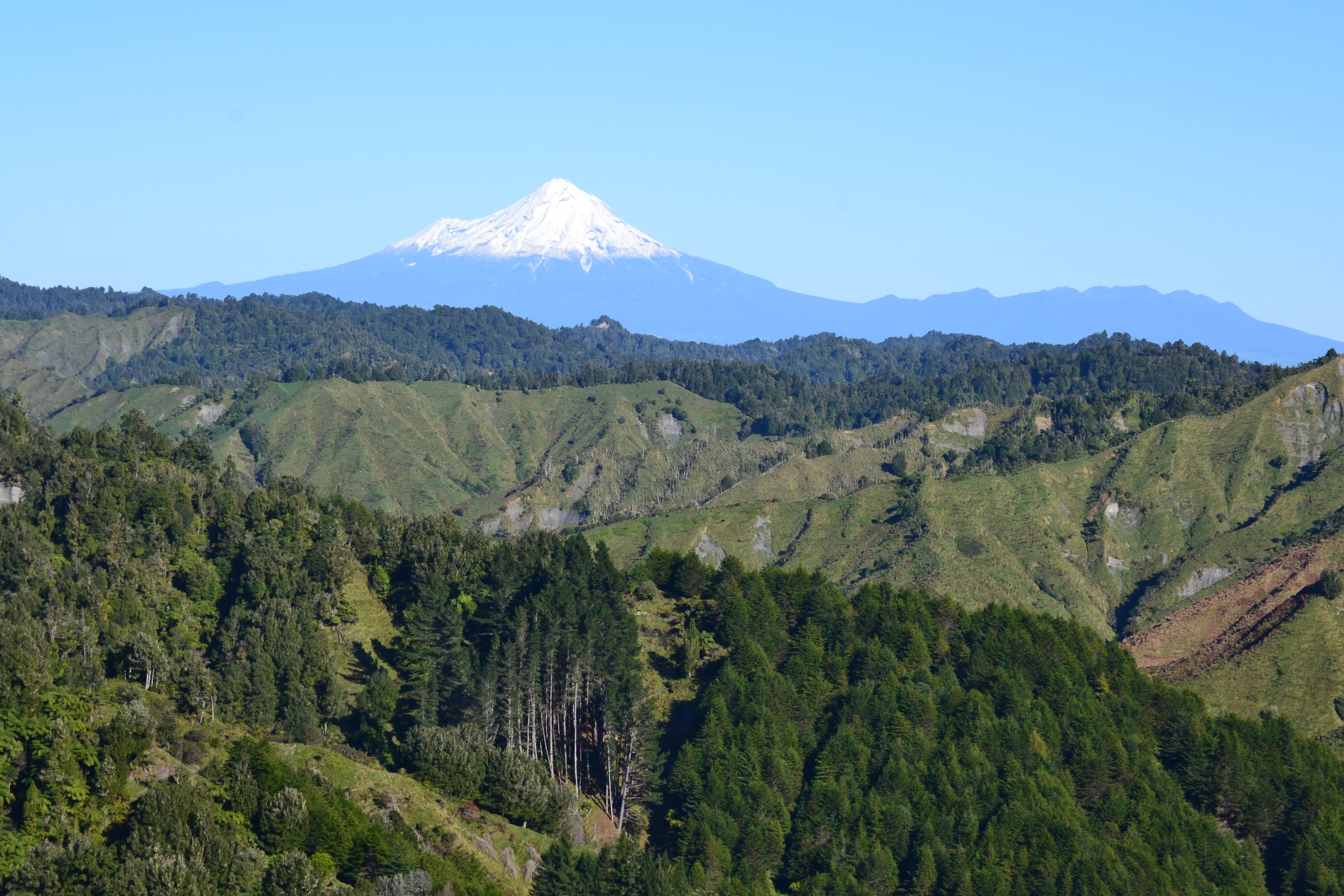 The mountain from fifty miles away, high up on the farm track at Uruti.  Picture taken a few days ago.

Its been a while now since I set about writing up a Recent News item.  Not because I’ve been lazy, but, for some time we've been in Australia busy doing nothing but being  tourists and since then I’ve been catching up on doing things.  In mitigation though, I spent a few minutes whilst on a train somewhere south of Alice Springs, typing up the Flying Sheet for April 8th.  Just to say I could really, I found the ability to do that was a bundle of fun, wondering at the advent of modern technological marvels that enable that task.

Some wet wet weather had wrecked some ideas about flying but the beginning of April changed things.  A couple of practice flights for Les Sharp in the Janus then he catered for a T/F.  There followed then, a number of check/BFR flights for John Tullett & Peter Williams while Les and Glyn Jackson contented themselves with a flight each in the PW5.

April 8th:         Principally an ATC day with 11 flights for the Stratford ATC unit and then club flying after that.  Peter Williams/Dennis Green in WZ for 27 minutes, Les Sharp with friend Jack Chittenden in NN for 21 minutes.  Then Tim with his Discus eked out 3hrs and 7min whilst Glyn savaged some thermals for 2hrs 33min.  So the day must have got better.  Andrew Berry did all but one of the aerotows..

April 22nd:       Les Sharp took three of his family for flights followed by three T/F and then John Tullett in his K6 did 1hr 15min, Glyn Jackson did an hour in his Ventus followed by Tim getting 52min in the Discus.  A busy day for those present.

April 25th:        Anzac Day marked by getting another days flying before the onset of winter.  John Tullett looked after a  couple of T/F and there were a couple of club flights.  Dennis Green did 28min in the Astir whilst John Spence & Peter Williams shared the Janus for 1hr 25min.  Good to see the thermals were still going.

May 7th:          Four flights for the day.  Matt Parker, another of the Parker family – his father Gordon and uncle, Clarrie, were prime movers in aero club flying before and after the war, was treated to a T/F in the Janus.  Then John was Tullett away for 1hr 6 min then it was the turn for John Spence in the Janus for 1hr 11min.  Tim rounded off the day with 1hr 34min in the Discus.  Since then there has been no flying.  At the moment, all aircraft are undergoing their annual survey/maintenance under the capable hands of Michael Strathern.  At least he had begun the task in fine weather (and has been able to see the mountain!). 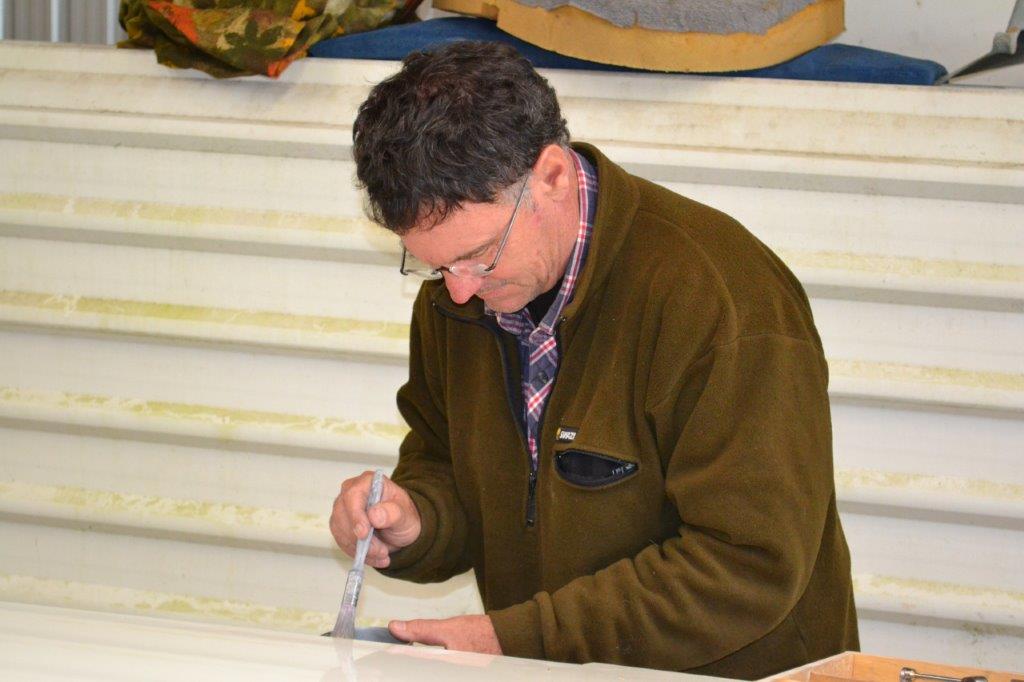 Tim at work on a Janus wing. 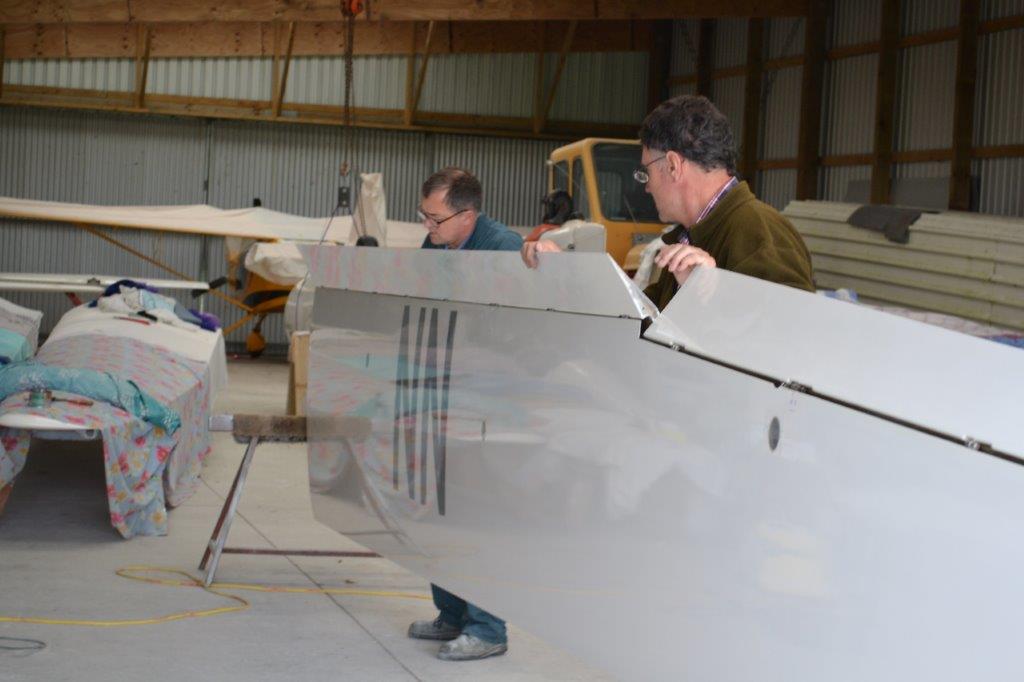 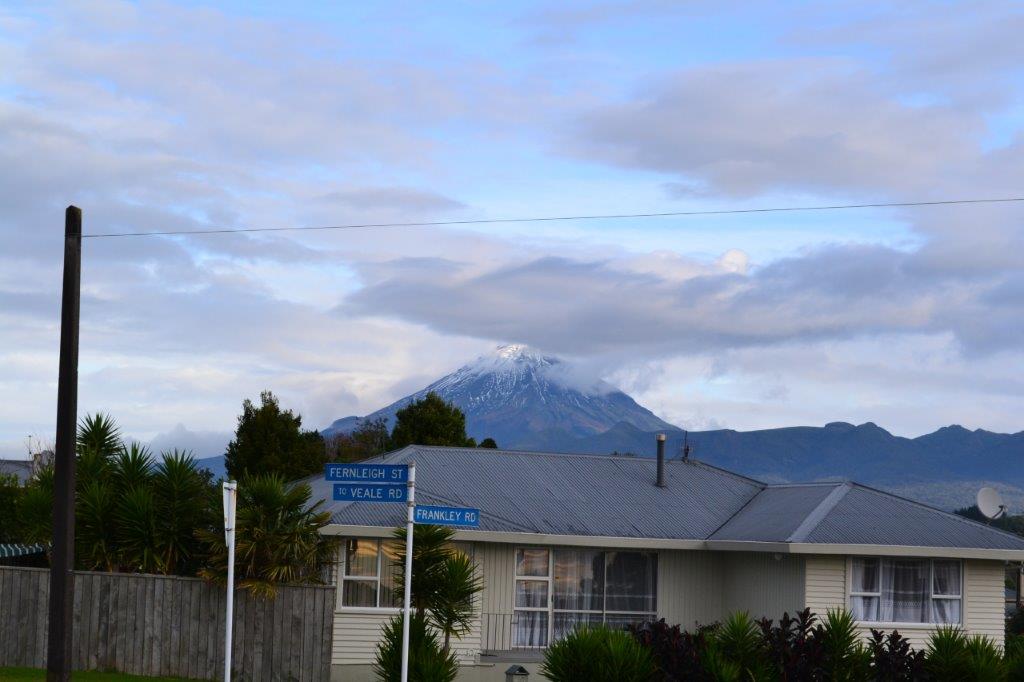 It was overcast and gloomy at Stratford today but this was the view looking back at the mountain when I got back to New Plymouth.  Note the wave.

April       Raffle going well...tow pilots asked not to tow the Blaniks downwind (good advice now, for that matter).....the Astir back in the hangar after repairs at Drury.....a visit to Hawera went well, 18 flights on Saturday and 10 on Sunday then a ash for home - only got to Stratford where the aircraft were tied down....where the tug damaged its propellor, a spare prop to hand.....the raffle going well...new pipeline across the N/S strip.