The aircraft arrived at Stratford on the back of a truck driven by a young man who lived next to former member Russell Ward and had been given a glider flight by him some years ago and he was thrilled to find that he was delivering an aircraft to us. Also there to watch proceedings was John Marries who was an aircraft instrument engineer and had worked on Comet airliners and others right up to the present day aircraft. Knew quite a bit of Lasham history, too. That the arrival was on February 13th was not a worry to anyone.

The beginning, Eurofox fuselage in the jig. 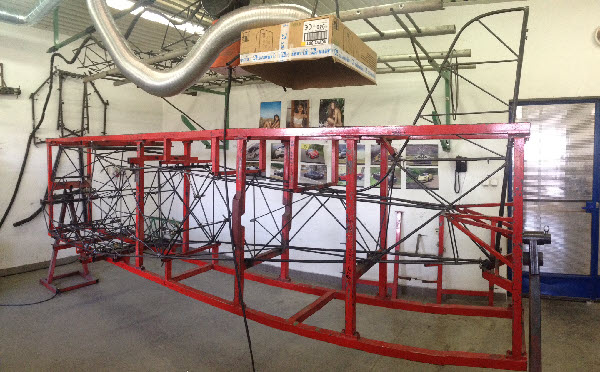 Rolled out through the doors. 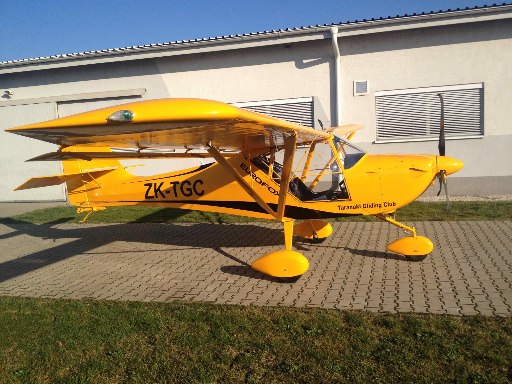 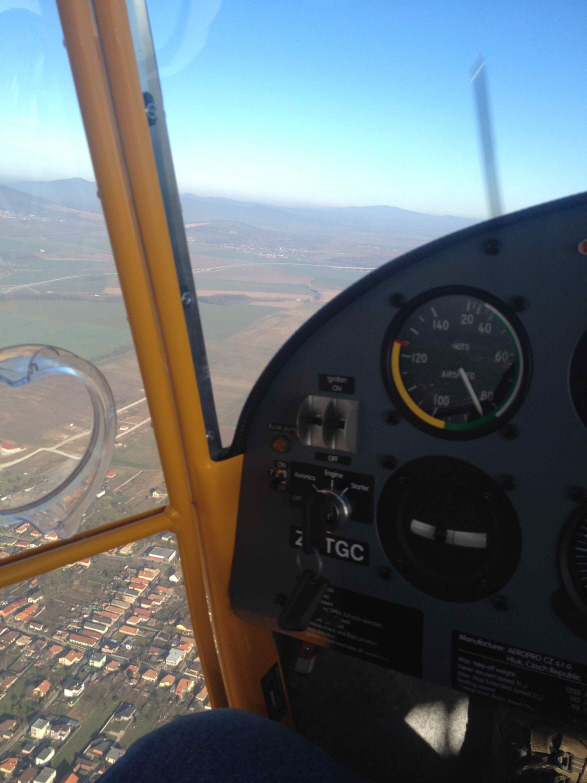 Out of the box. 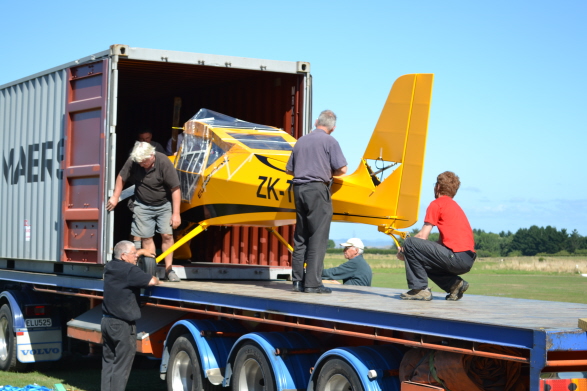 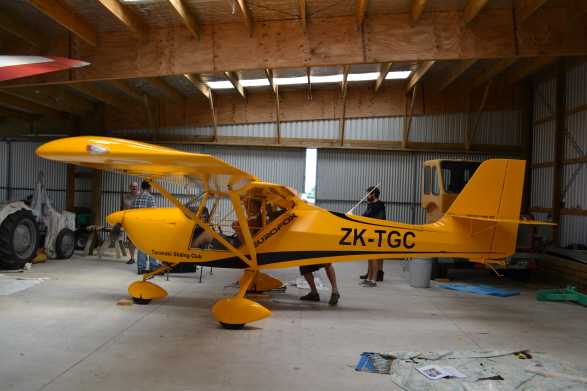 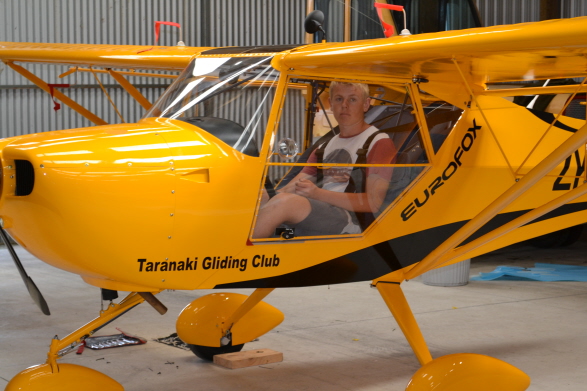 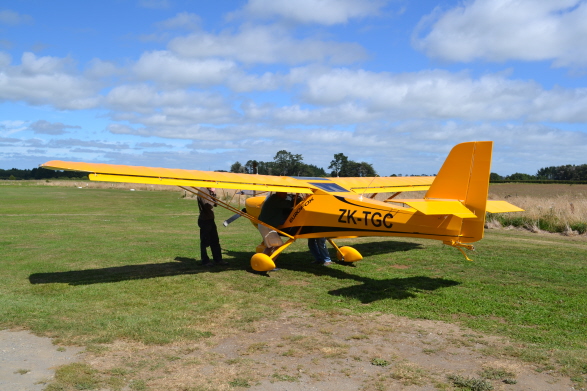 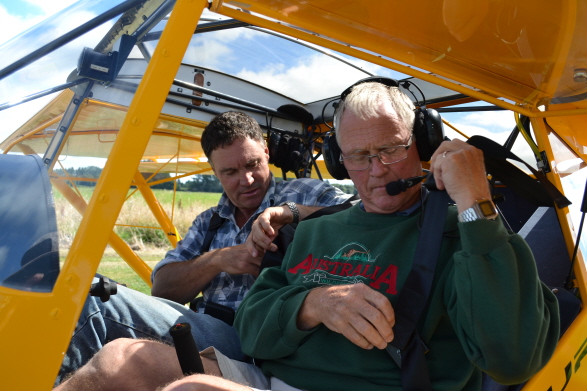 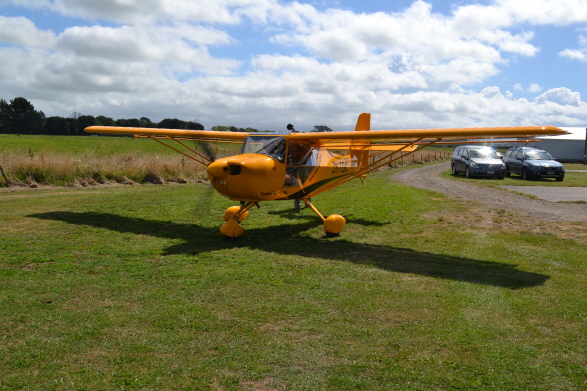 The aircraft made a good sound. Welcome after all this time and Glyn Jackson should be well pleased.