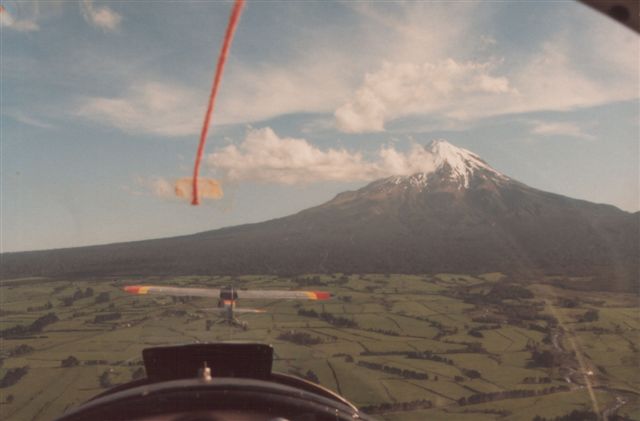 The Blanik JB on tow from German Hill behind the Piper Cub BRY.   Headed for the cloud street off the mountain.    Probably during the late eighties.

Quite an active day with eleven flights and some of good length too.  I’m told it wasn’t all that easy at times.  However, a sterling effort by Dennis Green  saw  him do a QGP flight of one hour & eighteen minutes.  The day must have gotten better because the flights became longer too.  An hour & twenty-one minutes for Tim and Peter Williams in the Janus, two hours & fifty-four minutes for John Tullett and his K6 and just over the hour for John Spence in the PW5.  Dougal Wickham who had earlier been aloft in the PW5 for thirty minutes, was then away for two hours- forty-seven minutes in the Twin Astir, followed by Peter Williams with just over the hour in the PW5 and Tim in his Discus for just under two hours.

Dougal offers his take on the day:-    "  We had a good convergence running E/W over Stratford from mid-afternoon. Fairly low cloud base, up to about 3,400ft west of the field and down to about 2,800ft to the east. At times I was sitting at 80 kts and still going up.

At one stage I decided to explore north of the main line of lift and found some turbulent lift/sink, where I quickly lost out. I ended up spending 20 minutes in one spot, just holding on about 100ft above my run for home height. Eventually a 6-7kt thermal thermal went off and got me back into the convergence.  "

Whilst all this had been going on, Glyn and his Ventus was down at Greytown seeking to fly in the Central Districts 2017 competition.  The practice days have been OK but three days into the contest and still no flying.  Not a good summer to be having gliding contests. 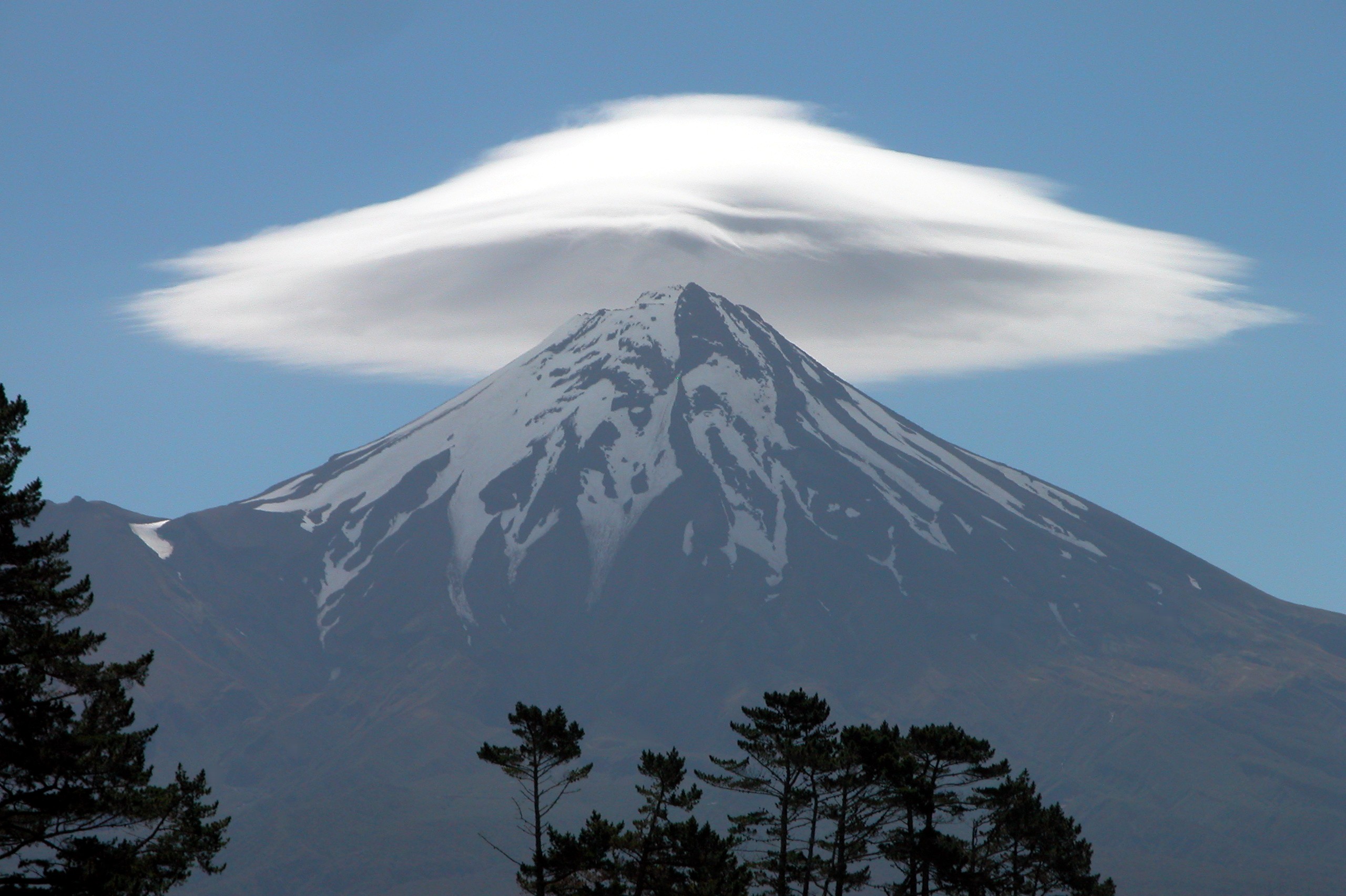 Above:  an interesting cap cloud on the mountain.  Taken by Bruce Moss some years ago.

And below:  A hoto taken by Clive Sherman during his wave flight on October 19th 1969 when there were four Silver Height gans achieved.  These pointed the way for great flights yet to come.  The photo a bit grainy but an important one to have.  Note the Cosim variometer on the left of the panel.   Two vertical glass tubes.   A red pellet in one for sink and a green pellet in the other for rising air.   Thus the terms 'Green air' or 'Red air.'    The aircraft was an Olympia 463, GDJ.      I don't know whether that vario would suffice these days but we turned in some very good flights.   No radio then.  The aircraft position would have been over Highway 3A.  No thought given to airline traffic! 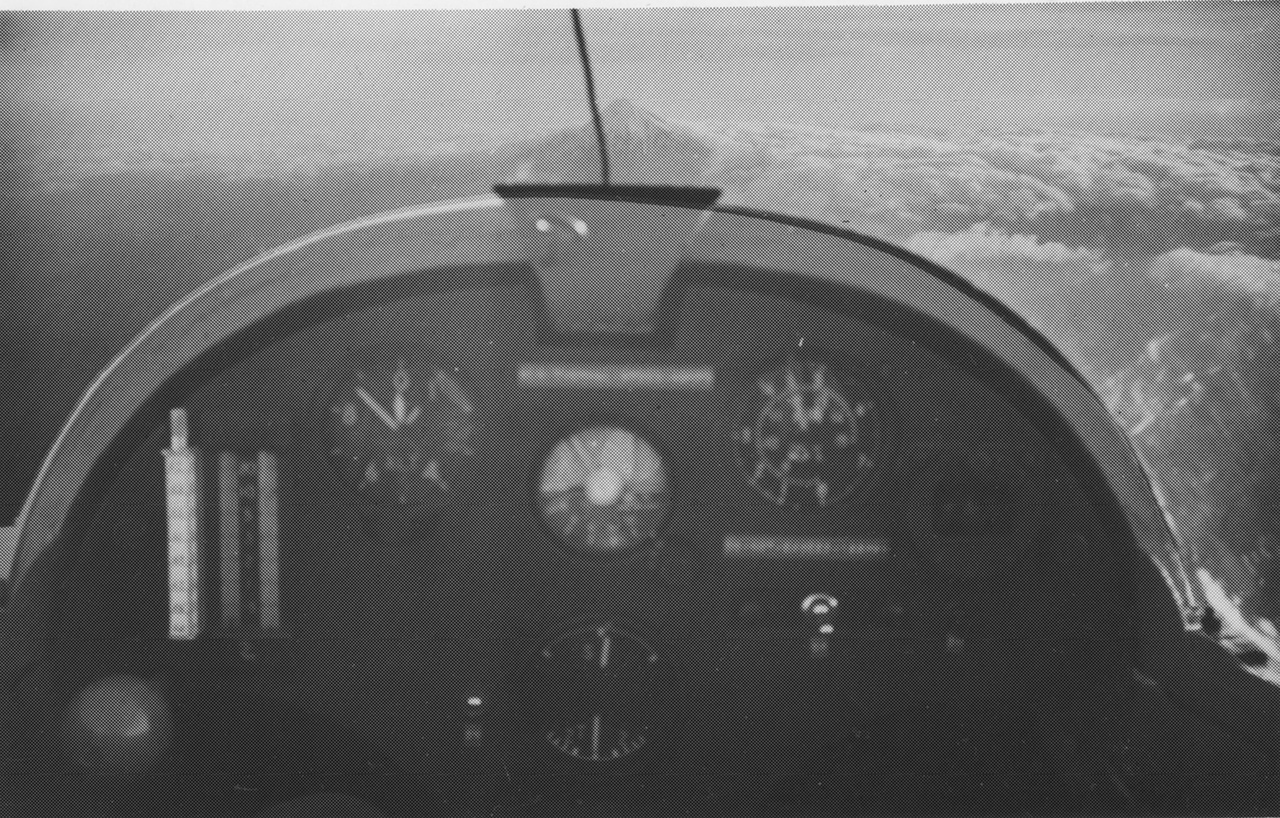